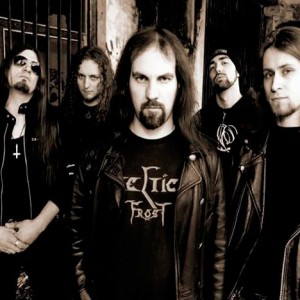 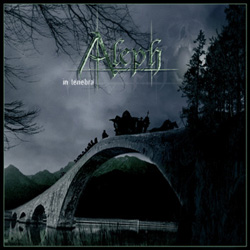 ALEPH takes its primeval shape in Bergamo, Italy, with summer 98 sickly passing away. Only two of the three “founding fathers” survive the following winter: Dave Battaglia (guitars and vocals) and Manuel Togni (drums) lead the band to the first self-produced demotape “Falx Lunae”, released in January 2000. The record scores several “Top demos” and favourable reviews on the Italian press and features the first version of “El Aleph”. After two years and a consistent line-up turnover (which allows the band to get in touch with the magic of keyboard player Giulio Gasperini, in September 2000), the band releases its second demo, “Promo 2002”, in March 2002. Between 2002 and 2004 ALEPH gets encouraging reviews by Italian and foreign press as well (9/10 on Terrorizer UK), appears on two compilations “Atlantida” (featuring “Hallowed Hatred”) and “Climbers”(featuring “Acid Tears”), but has to face further changes in the line-up: the blazing fingers of guitarist Lorenzo Fugazza plunge deep into the band’s bloody tissue in Autumn 2003. With this renewed stage-machine ready to hit the road again, ALEPH plays a bunch of wild live shows through 2004. From now on, history makes a turn. The band releases “In Tenebra”, its best demo until then, in November 2005, finally completes the line-up with earthly bassman Antonio Ceresoli and signs a record deal with the Italian record label FUEL RECORDS. ALEPH plays as support act for bands like Necrodeath and White Skull. “In Tenebra” is officially released one year later, in November 2006 and is celebrated with a support gig with Italian power metallers Vision Divine. In June 2007 the band tours through Italy as supporting act for the Swedish death metal Gods Dismember in a successful couple of shows and appears on several magazines with enthusiastic reviews and plenty of interviews. The Metal Hammer readers’ poll crowns ALEPH as best Italian newcomer of 2007. But the band is already working on a new full length album: through June 2008 eight brand new songs are recorded and mixed between the band’s hometown and Vasteras, Sweden, at Underground Studios. The title of this new, dark-shining monolith is “SEVEN STEPS OF STONE”. The ruins of the old house in which ALEPH actually conceived the music receive the listener and drive him/her through its staggering halls and the windy, whispering corridors painted with shades of insane creativity. Without the musicians telling each other, ALEPH was given birth as an attempt to say something new and vital about Heavy Metal. Since the very musical cornerstone of ALEPH was set, songs immediately refused the narrowness of genre cages; it suddenly became clear in the writers’ intentions that the root of all the inspiration had to be an old stock boiling heavy metal, the band’s true imprinting. Obscure, powerful, intense, sick. Unusual. Through ten years of passion, struggle, winners, defeats, this never changed. “SEVEN STEPS OF STONE” is ALEPH’s masterpiece, for it pulses and breathes at the same unpredictable paces of a body, fearless in front of its fury and emotions, speaking Earth’s language. Important shows and interviews will soon follow this release. A dark, threatening, charming flower is soon to bloom out of Winter’s dying orchards in this early Spring, delivering darkness to your towns and houses…once again…